The 10 Signs of Dementia

If mild forgetfulness—misplacing keys, not remembering certain words, forgetting names—is considered a normal part of getting older, when is memory loss a concern?

There are 10 warning signs that point to more serious memory problems which include:

1. Memory loss that disrupts daily living and difficulty performing everyday tasks, such as driving or getting dressed, repeatedly asking the same questions, getting lost in familiar places.

2. Challenges in planning or solving problems, for example tracking and paying monthly bills.

4. Confusion with time and place.

5. Trouble understanding visual or spatial relationships like color and contrast.

6. Problems with speaking or writing like calling things by the wrong name.

7. Misplacing items and the inability to retrace steps.

8. Poor judgment, such as giving away excessive amounts of money.

10. Changes in mood and personality.

These symptoms are associated with dementia, a broad term given to the brain’s decline in memory and thinking skills. Dementia is a progressive condition, wherein symptoms worsen over a period of time. There are many types of dementia, but the most common is Alzheimer’s disease. However, it is important to distinguish this from normal aging like occasionally misplacing things only to find them later or forgetting names and then remembering them later on.

There are different stages of memory loss, and a lot of seniors fall under the spectrum of mild cognitive impairment, which may or may not progress.There are reversible causes of memory loss like a thyroid problem or depression (which is sometimes misdiagnosed as dementia) that can be corrected. It is important to see your physician and get a complete evaluation if there are any memory problems or difficulty in completing day to day tasks.

It is also important to distinguish dementia from delirium. Delirium is an acute onset of confusion due to another medical problem like an infection. Delirium comes on more suddenly (over a few hours or days) and is often related to an adverse reaction to medication(s), an infection or electrolyte imbalances. Examples of delirium symptoms include sudden confusion, difficulty speaking, personality changes, and the inability to focus on one idea or task.

A person experiencing memory-related problems, especially if symptoms are new or sudden, should be evaluated by a primary care provider. A thorough and careful medical history is the most important step to determine the cause. 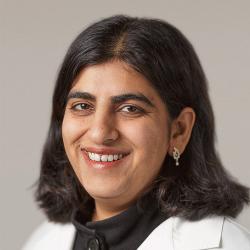