COVID-19 – You Are Safe in Our Care. The hospital, emergency department, urgent care, physician offices and virtual clinics are open to safely deliver care.

Year after year, scientists and researchers have studied various dietary patterns, and the Mediterranean diet always emerges on top for its health benefits. Why is that?

A Mediterranean diet can be described as the traditional eating pattern followed by the olive growing countries bordering the Mediterranean Sea in the mid-20th century, when fast food was not prevalent. There is no single Mediterranean diet; different countries in that region have slight variations in their diets, but they share many common parameters. Researchers who studied the eating patterns in these countries in the mid-20th century found its inhabitants experienced a lower rate of chronic diseases and higher than average adult life expectancy.

A Mediterranean diet is characterized by a diet with a high intake of vegetables, legumes, whole grains, fruits and nuts, and olive oil as a main source of dietary fat; moderate consumption of poultry and fish; low consumption of full fat dairy and red meat; and low-to-moderate consumption of red wine with meals. It is noteworthy that a Mediterranean diet is mainly focused on plant-based foods; thus, it is high in fiber and rich in micronutrients and antioxidants. And, water is the daily beverage of choice.

In 1993, the Mediterranean Diet pyramid was introduced to familiarize people with certain food groups based on the traditional eating patterns followed in Greece, southern Italy and Crete during the mid-20th century. This is not a strict meal plan, and no specific portion sizes are suggested, but it is an eating pattern emphasizing certain foods that were most commonly consumed in the Mediterranean region, and the pyramid describes the proportion of different food groups to eat. For example, consume more fruits and vegetables, and consume fewer dairy products or animal protein.

One of the most striking features of the Mediterranean diet is the high concentration of unsaturated fats and limited amount of saturated fats. Olive oil, fish and nuts are good sources of mono- and polyunsaturated fats, and walnuts and fish are high in omega-3 fats. Choosing fish as a primary source of animal protein at least twice a week and limiting or choosing smaller portions of other animal proteins such as poultry, dairy and eggs, and avoiding red meat is recommended.

Including multiple servings of vegetables and fruits on a daily basis reduces caloric intake. In addition, fruits and vegetables are rich in phytochemicals, numerous micronutrients, and antioxidants that help fight inflammation and oxidative stress. Whole grains are nutrient dense, high in fiber and have been shown to reduce risk of cardiovascular disease. Legumes are high in protein, vitamins and minerals, naturally low in fat and are practically free of saturated fats. All of these in combination have been shown to help in lowering cholesterol levels, reducing blood pressure, improving insulin sensitivity and glycemic control, reducing waist circumference and losing weight.

Following a Mediterranean diet is beneficial for a multitude of reasons, including improving or even preventing the development of cardiovascular disease, certain cancers, depression, diabetes, obesity, erectile dysfunction and cognitive decline. However, it is important to understand that you may not get all of these health benefits just by adding extra olive oil and nuts in your diet; adopting the Mediterranean diet as a whole eating pattern is the key. 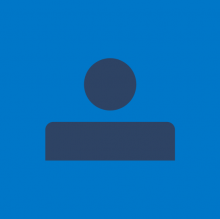 The Benefits of Breastfeeding

Has the Pandemic Affected Your Sleep?

Add Heart-Healthy Fats to Your Diet

The 3 Types of Supporters for Those with Diabetes

Mask Up to Protect Yourself and Others