Consult With a Neurologist: What Causes Tremor?

A common reason to visit the neurologist is to consult about tremor. A tremor is an involuntary movement affecting the head, the hands, the voice or sometimes the legs. A tremor can occur at rest or with movement, it can affect writing, and it can cause difficultly holding a cup of coffee without spilling.

When tremor does not respond to medicines, there are alternative options. A special surgery called a deep brain stimulator helps in some cases. In other cases, a special brain surgery using ultrasound may be used for a severe tremor that is resistant to medications.

Some medications are known to inadvertently cause a tremor. The most common medicines include Metoclopramide, which is used for nausea, and Valproate, which is used for the mood, headache prevention or seizure treatment. A thorough consultation will always include an assessment of medicines and consider their possible side effects. Removing the suspected medicine is an effective treatment.

Less common causes of tremor may be found in the blood chemistry. Elevated thyroid may cause symptoms of a tremor as well as a fast heart rate, elevated temperature and weight loss. Impairment of the liver may lead to rises in serum ammonia, which can cause a tremor, confusion or excessive sleepiness. Rarely changes in calcium, potassium or sodium can result in a tremor. In orthostatic hypotension, the blood pressure decreases upon standing. Sometimes this causes a leg tremor.

Although a less common cause, Parkinson's disease is the most well-known. Parkinson's disease normally causes a tremor at rest, decreased blinking, unsteady walking or falling, slow movements and muscle rigidity. Fortunately, most symptoms of Parkinson's can be alleviated by medicines that promote dopamine signaling in the brain. Another helpful treatment for Parkinson's is physical and speech therapy. At Overlake, our Outpatient Rehabilitation clinic conducts a program called LSVT Big and Loud. This program helps people with Parkinson's improve their voice and their movements.

If you know someone with symptoms of a tremor, and the symptoms are a problem, suggest they make an appointment with a neurologist. It's important to talk to a doctor who knows how to identify the cause and the solution. 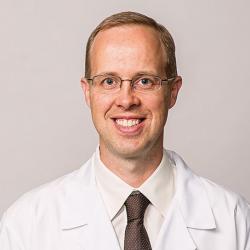 Olav Jaren, MD, PhD is a board certified neurologist at the Overlake Neuroscience Institute.

BE FAST in Addressing a Stroke and Post-Stroke Rehab

Expert Care in a Healing Environment

A New Way of Giving in the New Year

Coronasomnia: When the Pandemic Keeps You Awake

Holidays and Alcohol: How Much Is Too Much?

Get the Facts about the COVID-19 Vaccine

Tips for Taking Care of Your Skin