How to Prevent Infections During Pregnancy

In a perfect world, pregnant women would be shielded from all of the infectious threats we all risk encountering on a daily basis. Unfortunately, in the real world, that’s just not the case. Depending on the circumstances, someone who is pregnant is just as likely to come into contact with any of a number of potential infections as is someone who is not pregnant. A woman’s immune system is slightly lowered in pregnancy, so a woman who is pregnant is actually more susceptible to infection than someone who isn’t. Infections or illnesses in pregnancy are concerning, not only for potential harm to the developing baby, but also as direct threats to the mother’s health due to that impaired ability to fight off the infection.

One classic example of this latter threat would be the typical respiratory flu that we all face on an annual basis. Many of us catch the flu at some point in our lives and “escape” at the other end with only minimal interruption and inconvenience. A pregnant woman, on the other hand, can often find herself far more threatened by common influenza—to a degree sometimes requiring hospitalization and even critical care. Another example would be varicella-zoster (VZV)—the virus that causes chicken pox. We all know chicken pox as a generally mild childhood illness that eventually goes away on its own. In pregnancy, however, VZV can occasionally lead to life-threatening maternal pneumonia, in addition to potential effects on the growing fetus.

Among the most common infections that are concerning to the health of the unborn baby, and the most dangerous when not diagnosed and treated, are: rubella (German measles), varicella (chicken pox), syphilis, toxoplasmosis, hepatitis B, cytomegalovirus (CMV), listeria, herpes, parvovirus B19, HIV, and most recently, Zika virus. All of these above pose risks to the fetus and newborn infant, including, to varying degrees: birth defects, growth restriction, developmental issues, prematurity and persistent post-birth infection.

What Can Be Done to Mitigate Risk

It is obviously impossible to prevent all risk of infection in pregnancy, but a substantial degree of risk can be mitigated through a combination of good prenatal care, appropriate vaccination and common sense. Receiving obstetrical care at the start of pregnancy allows for early screening for many of the above infections, identification of ongoing high-risk factors that increase the probability of encountering infection, recommendations for curbing such high-risk factors and surveillance throughout pregnancy when indicated.

Vaccinations are an important aspect of normal healthcare and help prevent a number of diseases (including some of the above) that can threaten patients and their babies. Some of these vaccinations are more safely administered before becoming pregnant. Others are recommended during pregnancy to protect mom and her infant. See more on vaccinations below.

Finally, common sense behaviors – things we all learn from an early age as healthy habits – can go a long way toward reducing the risk of infection. These include:

Immunization is a cornerstone of preventing infection in pregnancy, and is almost universally regarded as safe, when employed under supervision of knowledgeable medical provider. Vaccinations that contain killed (inactivated) viruses are safe for administration during pregnancy. Vaccines that contain live viruses are not recommended during pregnancy and should be administered several months prior to conception. Examples of vaccines that should be given before getting pregnant include: Chicken pox (varicella), measles-mumps-rubella (MMR) and shingles (varicella-zoster).

A pre-conceptual visit with an obstetrician, midwife, or other obstetrical provider, will allow for individual assessment of immune status, and planning for proper vaccination. We have recently become aware that childhood vaccinations do not always provide the life-long immunity they were intended to supply. In some cases, “booster” vaccinations may be necessary. If deemed appropriate, vaccinations for varicella or measles-mumps-rubella should be administered several months prior to becoming pregnant.

In addition, the American College of Obstetricians and Gynecologists (ACOG) currently recommends a flu shot for any woman who is pregnant during flu season, which is typically November through March. The flu shot is made from inactivated virus, and is safe for both patient and her baby. Each year’s flu shot is intended to protect against the dominant strains of influenza predicted for that specific year. As a result, flu shots administered in past years are not sufficient to provide current protection. Patients should avoid the influenza nasal spray vaccine, which is made from a live virus.

ACOG also recommends every pregnant woman receive one dose of tetanus toxoid, reduced diphtheria toxoid and acellular pertussis (Tdap) vaccine during each and every pregnancy. This vaccination is best performed between 27 and 36 weeks, and is designed to protect the newborn against whooping cough (pertussis) – a potentially serious respiratory illness.

If you plan to travel abroad (for example to areas where Zika virus is prevalent), or are at increased risk for other specific infections, your healthcare provider might also recommend other vaccines during pregnancy – such as hepatitis A and hepatitis B.

A Note on Vaccination Safety

Several years ago, a study was published suggesting the MMR vaccine caused autism in children. Since then, numerous private and government health agencies have attempted to recreate this study, and have not reached the same conclusion. The consensus currently within the medical community is that there is no link between this vaccination and the onset of autism. It has been concluded that not only is it safe to immunize your child using the MMR vaccine, but also highly recommended by the vast majority of medical professionals. Failing to do so can have serious health repercussions for your baby, and the community at large, as our recent Measles epidemic in Washington state can attest to.

Another commonly held misconception is that vaccination can cause someone to become sick. While true that “live” virus vaccines can sometimes cause very mild and self-limited symptoms reminiscent of illness, the vast majority of vaccines—most notably the common flu vaccine—contain killed/ inactive viruses that are biologically incapable of causing illness. You can’t get the flu from the flu vaccine!

February is prenatal infection awareness month. If you are pregnant or thinking about getting pregnant, it’s important to receive prenatal care. Find a provider here or learn more about prenatal services at Overlake’s Childbirth Center. 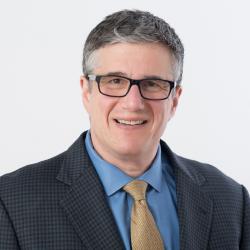 Staying Healthy During a ‘Tridemic’