At Overlake, we recognize the continued service and sacrifice of the veterans working in our clinics, medical center and administrative offices. By pursuing careers in healthcare, these team members have demonstrated their lasting commitment to serving others and improving their communities.

This Veterans Day, we asked veterans at Overlake to share how the skills they learned in the military prepared them for careers in healthcare. 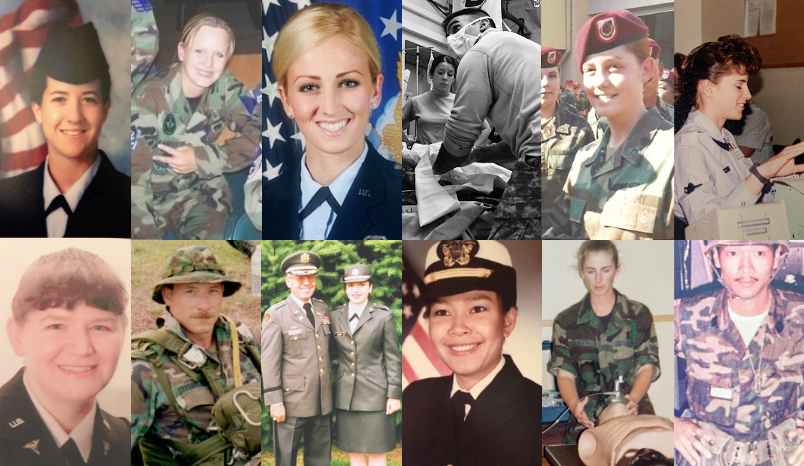 "As a trauma acute care surgeon at Overlake, everything I did in the military translates directly into what I do every day! I am eternally grateful for the opportunity to serve our country and care for men and women in uniform. To those who made the ultimate sacrifice, I remember your faces, your names, your voices—you are never forgotten." – Imad Haque, MD; U.S. Army, 1990–2019

“While in the military, I learned many skills that have made me successful in my career in healthcare: the ability to stay calm in stressful, chaotic situations; the ability to communicate clearly and concisely; the ability to adapt to last minute changes and change course if need be; the ability to lead by example; and the ability to have empathy for people who come from a variety of backgrounds very different from my own.” – Valerie Azevedo, Epic Systems Analyst; U.S. Army, 1997–2001

“The core values of integrity first and excellence in all we do are things I still strive for in my professional nursing practice.” – Rebecca J. Stanley, RN; U.S. Air Force, 1998–2002

“The United States Air Force Academy and Active Duty taught me discipline, structure, teamwork and how to lead with integrity and excellence. I put the mission first but focus on the people ALWAYS. The leadership skills I acquired in the military became the foundation for the person I am today.” – Alicia Quaco, Director of Eastside Health Network Operations; U.S. Air Force, 2006–2015

“Military service instilled in me a commitment to serve our community and service above self. When you hire a veteran, you get a team member who understands planning, operations, how to work towards a common goal, and how to handle emergencies—sounds like a great match for a pandemic! I am proud to work alongside many veterans at Overlake who continue to serve our patients and staff every day.” – Andrea Turner, Director, Clinic Operations - Primary Care & Urgent Care; U.S. Army, 1998–2004

“The military instilled the following skills in my professional life: teamwork, dedication, time management, prioritization, how to work under pressure quickly and efficiently, and to use the supplies you have available. You learn not to complain and to do the mission [shift] that is assigned to you. Every day you are thankful that you are alive and are able to support the health care system we work for.” – Bonnie Jeanice, Care Manager; U.S. Army, 1984–2008

“How to remain calm under pressure and [the military] taught me the value of integrity in all aspects of my home and work life. Whenever I get tired or overwhelmed and am ready to quit, that tiny voice in my head screams, 'Integrity—doing the right thing when no one is looking' and I finish my task the right way.” – Jennifer Parkhurst, MS, BSN, RN; U.S. Air Force, 1997–2011

“I served as a Navy Medic with the US Marine Corps. This provided me with an understanding and appreciation for what our clinical staff do every day. I was able to attend Lab Technician training, which led me to attend the University of Washington when I left the Navy. I obtained a BS degree in Medical Technology and worked in the laboratory field for many years before transitioning to work in information technology. Veterans Day is an opportunity to remember those who have served our country and to honor those who gave the biggest sacrifice for our Country.” – Mark Tachibana, Senior Systems Analyst, Information Services; U.S. Navy / Marine Corps, 1977–1981

“I joined the Navy as a new nurse and a new Naval Officer, not certain what adventure I had just signed up for. The skills and experiences I learned while both on active duty and in the reserves are numerous and have impacted who I am today. They range from clinical nursing, to leadership, to taking care of your team while remaining calm—no matter what situation you are placed in. My time during Desert Shield/Desert Storm was probably the most impactful, as it was not what I learned in nursing school but really solidified the meaning of teamwork and respect for one another. To this day, I live by the Navy motto—honor, courage, commitment.” – Maricres Talley, Clinic Manager; U.S. Navy, 1989–2000 Active Duty, 2000–2013 Reserves

We salute our providers and staff who have served and continue to serve: