What is RED-S? Is Your Young Athlete at Risk?

Youth sports have become increasingly competitive and demanding. Add to this obsessions with body image, the pressures of social media, and the typical trials and tribulations of being an adolescent, it isn’t any wonder youth athletes are at risk for a health condition from not consuming sufficient calories for the amount of energy they expend.

The condition, which can negatively impact health and athletic performance, was first identified in females in the 90s, and was originally called the female athlete triad. Since it has been observed that males can also be affected, the condition is now called RED-S, or relative energy deficiency in sport.

Healthy Outlook spoke to Laura Anderson, DPT, a physical therapist with Overlake Clinics Rehabilitation Services about the condition, including symptoms to watch for and available treatments.

What is the female athlete triad and why is it now called RED-S?

The female athlete triad consists of three components: low energy with or without disordered eating, menstrual dysfunction and low bone mineral density. The medical community is shifting toward the name RED-S, as this condition is now recognized to affect both males and females. Patients may have one or all components of the triad. They expanded the symptoms that may occur within the triad and included male athletes. Men will present with low energy levels and will be at greater risk for a stress fracture. Men may also present with significantly lower testosterone levels demonstrating the similar cascade effect on metabolic, hormonal and physiologic function. I think we will see more research and recommendations on how to screen and treat men more specifically and a rise in men being diagnosed. We lose motor control, strength and power when we are working at an energy deficit. This means athletes would not be able to perform at their highest level and may be at greater risk for injury.

In women, amenorrhea (absence of menstruation) is a significant red flag. Another common symptom is oligomenorrhea, or infrequent periods. Many athletes believe the myth that losing your period means you are training enough, and this is simply not the case. In fact, research has found that amenorrheic athletes have two to four times greater risk for stress fractures than their counterparts who have regular periods.3

Is RED-S specific to teens?

RED-S can be experienced at any age, but is common in teens and college-aged athletes.  Athletes should be screened at the beginning of each season to monitor for symptoms. It is estimated that as few as 1% of athletes may present with all three symptoms, but up to 50% or greater may present with at least one component of the triad depending on the sport. The sooner symptoms are identified and treatment can begin, the more likely the athlete is to make a full recovery.

Can RED-S occur from participation in any sport?

Barrack et al1 reported a higher prevalence of low bone mineral density in adolescent endurance runners (40%) than in ball or power sport athletes (10%). While rates tend to be higher in endurance type sports over ball sports, any athlete in any sport can be at risk for developing symptoms.

As a physical therapist, how are you involved in treatment of RED-S?

I will typically see these athletes to help them recover from stress fractures. If we identify an athlete at risk for RED-S, we would refer them back to their primary care provider for more in-depth testing. This may include a questionnaire, physical exam and possibly a laboratory exam.

What types of treatments are available?

Ultimately, a multi-disciplinary treatment team is most effective. Depending on the patient’s symptoms, they may see their primary care provider, physical therapist, registered dietitian and psychologist. In a multi-faceted disorder such as RED-S, it becomes even more important to get at the root of the problem or it will continue to affect the athlete in the long run and limit their ability to perform their best.

Does RED-S have lasting health implications?

Energy levels will bounce back quickly in a few days or weeks. The menstrual cycle will often take months to fully recover. Bone mineral density can take years or may never recover, leaving the athlete with osteopenia or osteoporosis. There can also be complications in multiple areas of the body such as the cardiovascular, endocrine, gastrointestinal, renal and central nervous systems. It can also have a psychological impact and present as depression or low self-esteem. The good news is when caught early, most of these symptoms can be easily reversed, and it is often as simple as getting enough calories.

What is your advice to young athletes and their parents?

There are many triggers that can start an athlete down a path toward developing one or all pieces of the triad. The most common reason given by athletes were comments made about their weight by coaches, parents and friends. A study found that 75% of gymnasts who were told they were overweight resorted to pathogenic weight control,4 which includes self-induced vomiting, binge eating, or the use of laxatives, diet pills or diuretics. Parents and coaches should avoid commenting on an athlete’s weight and instead encourage healthy eating as well as ensuring sufficient calorie intake for their sport.

If your teen athlete is experiencing any of the above symptoms or you are concerned about him or her, be sure to have them evaluated by a healthcare provider. 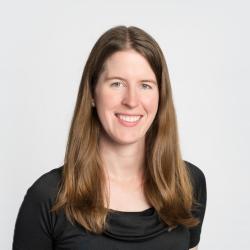