The Oxford American Dictionary defines a habit as a thing you do regularly and repeatedly. More than 40% of daily actions are not actual decisions, but habits. Habits occur when you’re in a specific situation and you find yourself automatically doing an action that happens without a thought.

When we think of habits, we tend to think of bad ones—eating junk food, drinking in excess, going to bed too late. Not all habits are bad, however. In fact, you can turn your bad habits into good ones by altering the routine.

Habits occur because the brain is constantly looking for ways to save energy and become more efficient. Habit formation takes place in an area of the brain called the basal ganglia. The brain converts a series of actions into an automatic routine. The brain stops fully participating in order to conserve energy and focus on other tasks.

There are three components to a habit loop: a cue (trigger), an action (automatic response) and a reward (positive feeling). When your brain starts expecting the reward, the action becomes a habit. In order to turn a bad habit into a good one, identify the cue and reward, and work on changing your response to it.

Keystone habits are small changes you can make that are correlated with other good habits. They spark chain reactions that give rise to other good habits. For instance, you might drink a soda with every meal, but if you start replacing one soda a day with a glass of water for a week, then the next week replace another soda with water, over time, you replace all soda with water. And because of this good habit, over the course of a few weeks, you may notice you lost a few pounds. In turn, you feel like you have a little more energy, then that triggers you to take the stairs a few times a week. That energizes you even more, which leads to taking them several times a week, which leads you to heading toward the stairwell every time instead of the elevator. A new series of healthy habits have now formed!

Habits cannot be eradicated; they must be replaced. The golden rule of habit change is to keep the same cue and reward, but change the action you take to the cue in order for a new routine or habit to form.

As philosopher and psychologist, William James (known to be the “father” of American psychology) once said, “All our life, so far as it has definite form, is but a mass of habits.” 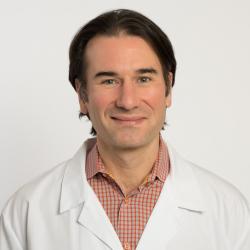 Juan Antonio Avila, MD is a board-certified psychiatrist and medical director of psychiatry services at Overlake.

When Your Birth Plan Doesn’t Go According to Plan

Expert Care in a Healing Environment

A New Way of Giving in the New Year

Coronasomnia: When the Pandemic Keeps You Awake

Holidays and Alcohol: How Much Is Too Much?

Get the Facts about the COVID-19 Vaccine

Tips for Taking Care of Your Skin