Particulate matter, especially those 2.5 microns or smaller (commonly referred to as PM2.5) have been associated with worsening respiratory symptoms in those with conditions such as asthma or COPD. The main contributors to indoor PM2.5 levels are cooking, fireplaces, candles, cigarette smoke and fuel-burning heaters.

The indoor environmental microbiome is the ecosystem of microbial organisms that dwell on the various surfaces in your home. In general, the microbiome of an indoor space is dominated by the inhabitants of that space as most of the microbes are shed directly from their bodies. This includes both human and nonhuman residents! It has been shown, in fact, that homes with pets will have a much more diverse indoor environmental microbiome than those that do not. There is even some evidence suggesting that having a dog in your home during pregnancy, and therefore a more diverse environmental microbiome, may protect your future children against eczema, which is a condition closely related to asthma.

Dampness in a home can shift the profile of microbial communities toward those that favor moisture, such as certain types of mold and bacteria. These organisms can produce byproducts that are then inhaled or ingested by the home’s occupants. In children, exposure to some of these organisms and their byproducts can influence the development of the immune systems; while in adults, allergies to these organisms can lead to triggering of asthma symptoms.

Water damage to a home or evidence of mold should also be promptly addressed to prevent further growth of moisture-loving microorganisms, many of which can produce volatile organic compounds that can trigger asthma symptoms.

There is now evidence that both indoor and outdoor air pollution are associated with the development of asthma as well as the severity of asthma symptoms. In a study published in 2019 in the Journal of Allergy and Clinical Immunology, investigators found that exposure to PM2.5 in the womb and after birth, in a birth cohort of 180,000 children, was associated with later development of asthma. This study suggests there may be a window of time between early gestation and early infancy in which the developing fetus/infant is susceptible to exposures that raise its risk for asthma.

Those who already have asthma usually have various environmental triggers for their asthma symptoms. For many, these include smoke, heavy scents or fumes, and dust. Elevated levels of any of these in a home can lead to persistently uncontrolled asthma symptoms.

Chronic obstructive pulmonary disease (COPD) is another common lung condition that can worsen with poor indoor air quality. This is made more complicated by the fact that there is a sizable population of people who have both COPD and asthma. Both of these lung conditions are characterized by an obstruction of airflow in the lungs; the difference being that the airflow obstruction in asthma is usually reversible in the early stages, while that is not the case with COPD. Many of the same triggers—such as particulate matter and microbial byproducts—that can worsen asthma symptoms will also lead to reduced respiratory health for those with COPD.

It is a common myth that house plants can help clean the indoor air. While this is true to a small degree—house plants can remove trace amounts of volatile organic compounds from the air—practically speaking, the effects of house plants at “cleaning” air is so small as to be negligible. In order to remove the same amount of volatile organic compounds as that of an average office ventilation system, you would need to have a density of plants that is not achievable in the average home, lest you live in a very crowded greenhouse!

Other ways to improve the air quality in your home include eliminating indoor smoking, avoiding open fires or high-heat cooking that may trigger the smoke alarm, and replacing carpet with a hard surface flooring material, as carpet can act as a repository for particulate matter, which is then suspended again into the air every time vacuuming is performed. 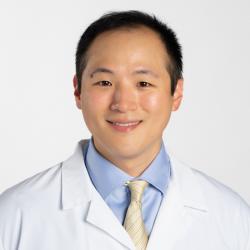