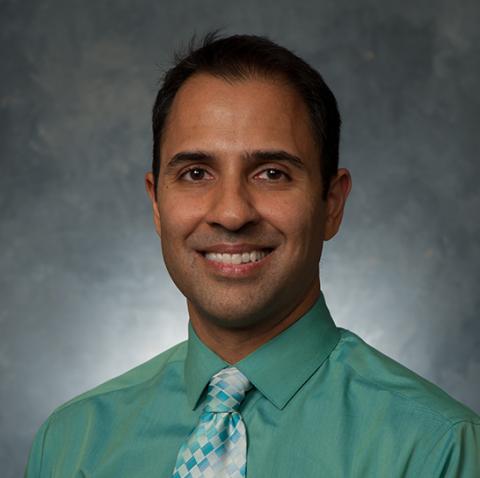 Raj Butani, MD was born and raised in New Jersey. After graduating from the Medical College of Pennsylvania, he completed his Internal Medicine residency and Gastroenterology fellowship at Brooke Army Medical Center in San Antonio, Texas. He subsequently spent five years at Tripler Army Medical Center in Honolulu, Hawaii, where he served as Assistant Chief of Gastroenterology. During this time, he also performed a one-year overseas deployment to Ramadi, Iraq, where he received the Combat Medical Badge and Bronze Star Medal. Following completion of his deployment duties, he was appointed as a Clinical Instructor at the University of California, San Francisco (UCSF), where he completed advanced training in 2006. In 2007, Dr. Butani completed his Army service in Hawaii and relocated to Bellevue, at which time he joined the medical staff at Overlake. He is currently a Partner at Washington Gastroenterology.

Dr. Butani is married and has two sons. He and his wife Mona, a dentist in the community, are active volunteers for the Overlake Foundation and have co-chaired the annual Bandage Ball. In his spare time, he enjoys travel, running, 80’s music, and spending time with his family and friends.