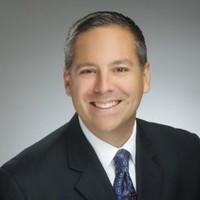 Jason Thompson joined Russell Investments in 1994 and has worked with the company’s institutional clients in various capacities during this time to help Russell’s clients meet their investment objectives. Jason has previously served on the Overlake Medical Center Foundation board of trustees for six years and as the Foundation board chair for two years, representing the Foundation on the hospital’s Finance Committee. During his time on the foundation, Jason was a founding member of Overlake’s Pulse! Network. Jason currently chairs the hospital’s finance committee and Project Future Care’s board advisory committee.

Jason became involved with Overlake after the extraordinary care his wife received at the medical center in 2003 following the birth of their daughter and Supporting Overlake has been a family project ever since which has included annual visits to the nurses in the Parent & Baby Unit and contributions by his daughter with funds she has earned through lemonade stand revenues and weekly allowances.